Why It’s Important to Attract Bees to Your Garden 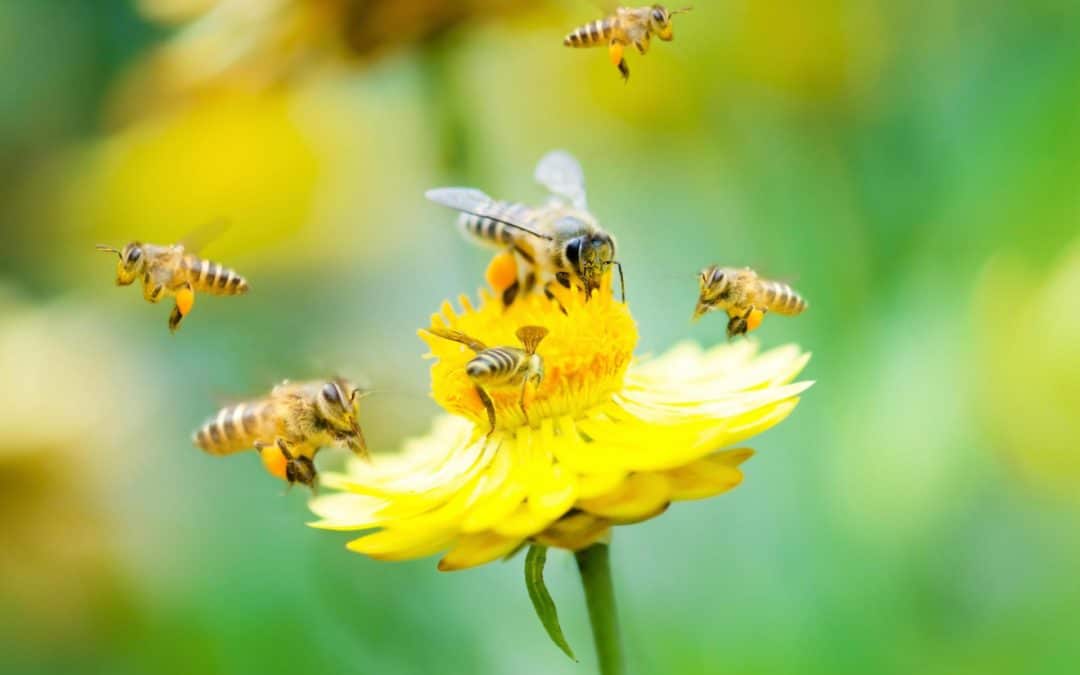 Is Your Garden Bee-Friendly?

There’s nothing more beautiful that a garden in full bloom, attracting flitting butterflies and buzzing bees underneath a blue sky. Unfortunately, we see fewer and fewer bees today. We need bees; they are a wild pollinator and without them the world loses a major portion of its flora. The decline of the bee population has been a serious concern since the 1990’s. As wild pollinators, bees are essential to world food sources. Many of the foods we consume require pollination, from almonds to watermelon, apples, blueberries, cucumbers, onions, and more.

According to Yale E360, “One of every three bites of food eaten worldwide depends on pollinators, especially bees, for a successful harvest.”

The Buzz About Bees

Wild pollinators like bees are dependent on certain plants and these plants in turn, are dependent on bees. The pollen and nectar from the plants provides essential nutrients for the bees, while the bees spread the pollen that the plants need to reproduce. This natural cycle can’t be broken. If it is, biodiversity suffers drastically.

Members of the Apidae family, there are approximately 20,000 species of bees including the common honeybee. In the United States alone, there’s about 4,000 different types of bees, with approximately 5,000 native to North America. Orchard mason bees collect both pollen and nectar at the same time and are a good bee choice for pollinating fruit trees. The common honey bee also collects pollen and nectar as do bumblebees.

Why is the Bee Population Declining?

The decline of the bee population has several factors, many are man-made. The abundance of pesticide use on crops has played a huge part in their decline according to several studies and pesticides continue to pose a threat to bee existence.

Did you know that in March of 2017, the rusty patch bumble bee was listed as an endangered species? It was the first bee species in the lower 48 states to be placed on that list after its population decreased to an estimated 91 percent in 20 years, reports Pacific Standard.

Pacific Standard also states the bumble bee decline in the United States has been due to not only pesticide exposure but to poor nutrition and the “increased prevalence of pests and pathogens.” Once upon a time, the lush grassland prairies of the middle states provided a safe space for bees plus diverse nutrition. Those prairies have significantly decreased over the years as more land is urbanized and other portions converted into agricultural fields of soybeans and field corn. Not only are bees dying due to pesticides, but they’re losing their homes and safe havens.

How a Home Gardener Can Help the Bees

Fortunately, the home gardener can make a difference and help save the bees. Bees need an ecosystem that attracts them and then encourages pollination. When bees pollinate plants, flowers, and flowering trees/shrubs, it not only helps the plant life, but it has a positive impact on wildlife as well. The flora provides home and food for other insects, birds, and animals. Thriving flora also has a positive impact on air quality as well as the soil and even the water we drink. It’s a connected ecosystem and bees are crucial to its existence.

As a home gardener, it’s important to consider bee-friendly plants. Plants and flowers to consider include:

This is not an all-inclusive list, consider asking the experts at our new nursery location for advice on which bee-friendly plants may work best in your home garden.

Trying to revamp your backyard? Design is paramount when creating a new or renovating an existing landscape. Proper design consists of several elements: purpose, simplicity, unity, repetition, balance, flow or movement, focal points and harmony. Not sure where to start? Let Green Acres help!